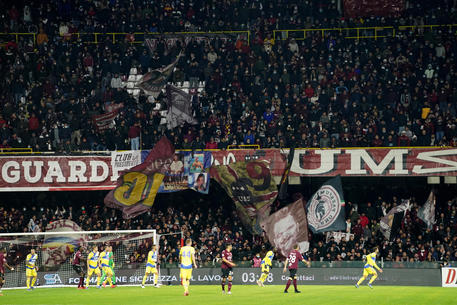 (ANSA) - ROME, JAN 3 - Salernitana have averted the risk of being kicked out of Serie A after the trustees of the southern club accepted a take-over bid just before the deadline of December 31.
The problem was that Salernitana, who were promoted from the second tier last season, were co-owned by Lazio Chairman Claudio Lotito and the rules do not allow two terms in the same division to have the same owner.
The Salerno side were admitted to the Serie A championship after Lotito put the club into a trust on the condition that a new permanent owner was found quickly.
The trustees accepted a bid from Danilo Iervolino, the businessman behind Pegaso University, an online-based open university. (ANSA).