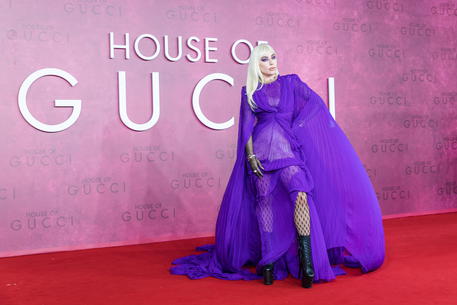 (ANSA) - ROME, NOV 29 - The heirs of former Gucci chairman Aldo Gucci on Monday threatened to take legal action against Ridley Scott's new film, House of Gucci, for the way the fashion dynasty is depicted in the movie.
The picture stars Lady Gaga playing 'Black Widow' Patrizia Reggiani, who hired a hitman to murder her ex-husband Maurizio Gucci and served 18 years in jail.
"The Gucci family reserve the right to take every initiative (necessary) to protect their name and image and those of their loved ones," said a letter signed by Aldo Gucci's heirs.
The family took particular issue with the depiction of Reggiani, "a woman definitively convicted of ordering the murder of Maurizio Gucci... as a victim" both in the movie itself and in statements by cast members.
It also said members of the Gucci family were falsely portrayed as "hooligans" who were "ignorant and insensitive to the world that surrounded them". (ANSA).