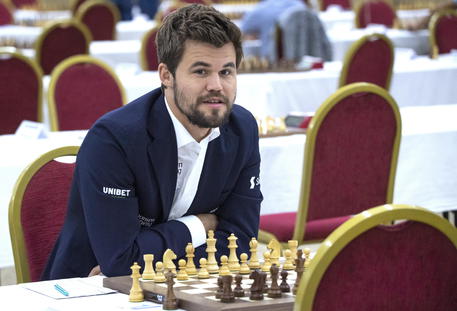 (ANSA) - ROME, NOV 22 - Expo Dubai 2020 will host the world chess championships from November 24 to December 16, organizers said Sunday.
They said visitors to the universal exposition will be able to enjoy the clash between reigning champion Magnus Carlsen, of Norway and Russian grand master Ian Nepomniachtchi.
Carlesen, who will turn 31 during the tournament, has been world champ since 2013 and is considered one of the greatest chess talents of all time.
He became a grand master at 13 and has been world number one since 2011.
Two-time Russian champion Nepomniachtchi is also 31 and qualified for the championship game by winning the candidates' tourney.
The event will be played out over 14 matches with a prize pot of two million euros, with 60% going to the winner and 40% to the runner-up.
It was initially scheduled to start on December 20 2020 but was postponed due to the COVID pandemic.
The games will be played at the Dubai Exhibition Centre, while there will also be a series of collateral events, including exhibition games and appearances by former champions.
Expo Dubai 2020 will also host the world schools' chess championship from November 25 to 29, with 108 young players from 10 countries, in 12 teams.
The participants are the finalists of an event that featured 2,600 competitors from over 54 countries.
Among the 108 players are two of the most promising chess prodigies in the world: 16-year-old Rameshbabu Praggnanandhaa and 15-year-old Dommaraju Gukesh, both from India. (ANSA).