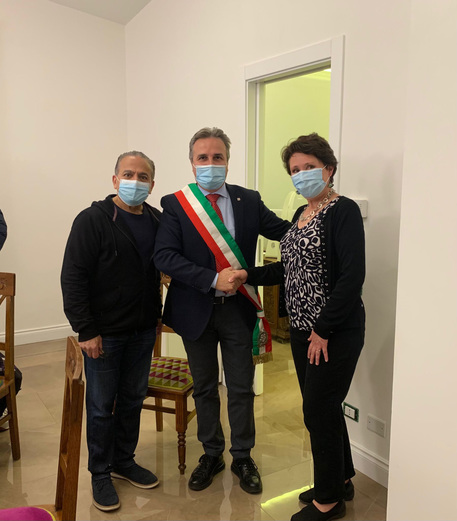 (ANSA) - ROME, NOV 15 - Taranto in Puglia has launched a one-euro-a-house regeneration scheme for its historic centre, similar to others that have brought an influx of foreign buyers into towns and villages across the Italian south.
Taranto council says it has already been inundated by offers from countries including the USA and Brazil.
The council said "we are aiming to set up a residential and touristic network via the sale of property at the symbolic price of one euro to all those willing to take part in the overall restoration project".
People, including VIPs, have been snapping up the one-euro properties across the Mezzogiorno and doing them up to regenerate town and village centres.
Italo-American actress Lorraine Bracco has shot a reality TV show on the home she has bought and done up in a Sicilian town that has become famous for selling 17 houses at just one euro in the last couple of years.
Bracco, 67, of Goodfellas and Sopranos fame, made the show on her new flat at Sambuca di Sicilia and it is going out on the Discovery Channel.
"This place has made me fall in love with Sicily," said the Hollywood star.
An Iranian and American couple of Washington business lawyers also bought a house in the 'borgo dei borghi' two years ago and have just finished doing it up.
Massoud Ahmadi and Shelley Spencer were among the first overseas buyers at Sambuca, which has since become a magnet for VIPs from all over the world. (ANSA).