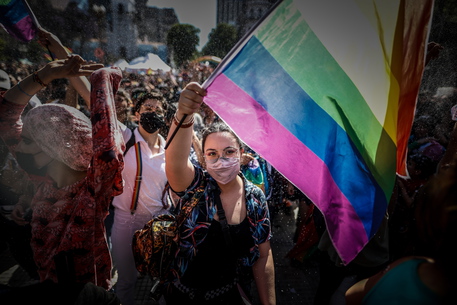 (ANSA) - ROME, NOV 9 - A 20-year-old Tunisian-Italian woman was attacked by her father after telling her parents she was gay in the Marche seaside resort of Pesaro on Saturday, Il Resto del Carlino newspaper reported Tuesday.
The woman told her 53-year-old Tunsiain father and 58-year-old Italian mother she was a lesbian and was going out with a woman, the north-central Italian daily said.
When she was getting into her girlfriend's car outside her workplace on Saturday afternoon, her father set on her, pulled her back by the hair and slapped her twice, the paper said, while her mother insulted her.
The woman was helped by a nearby hotel clerk who took her into the building and threatened to call the police if her parents tried to come after her.
Local police have opened a probe into mistreatment in the family. (ANSA).