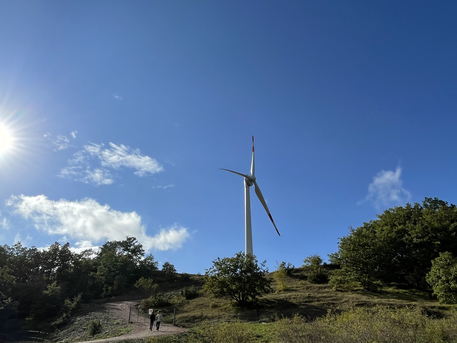 (ANSA) - BRUSSELS, NOV 8 - Climate and geographical position are two important factors for the development of renewable energy, but on their own they are not sufficient, according to the findings of the Locate research project devoted to the regional dimension of the transition to a zero-emissions economy.
The research, conducted as part of the ESPON programme that is specialised in regional analysis, said that elements such as socio-economic conditions and the quality of governance also have an impact on the ability of cities and regions to produce solar, wind and hydroelectric energy.
The study sought to answer two main questions: are there regions and cities that find it easier to exploit their potential for renewable-energy production? And, if so, what are the factors that contribute to increased production? The researchers analysed the different regional renewable-energy-production models and compared them to their respective potential and observed that production capacity varied significantly between States.
The regions around the North Sea and the Baltic Sea situated in France, Germany, the Netherlands, Denmark, the United Kingdom, Poland and the Baltic and Scandinavian countries have higher potential for wind power than other regions of Europe.
This potential depends largely on the average wind speed and the availability of land for wind facilities.
Nevertheless, the researchers observed that the on-shore wind-energy 'champions' included some regions of low potential, in Italy, Spain, Portugal, Greece, Belgium and Romania, as well as those in high-potential regions in Denmark, Germany and the Netherlands.
On the other hand, in States such as France, the United Kingdom, Ireland ,Poland and Scandinavian and Baltic counties the potential is not fully exploited The same is true for solar energy.
This developed ever more quickly than wind energy between 2000 and 2010 and has greater potential in southern Europe, in particular in Italy, France, Spain, Portugal, Greece, Cyprus and Malta, in the western Balkans and in Romanian and Bulgaria. But the development of solar energy is highly dynamic in some regions that have less sunlight, such as those in Germany, Belgium and Switzerland, along with some high-potential areas such as Italy.
As for hydroelectric energy, although the highest levels of potential are in Norway, Iceland, Switzerland and Spain, the highest rates of exploitation of the potential are found in Germany, France, Italy, Austria, the Check Republic, and Slovakia, as well as Norway. (ANSA).