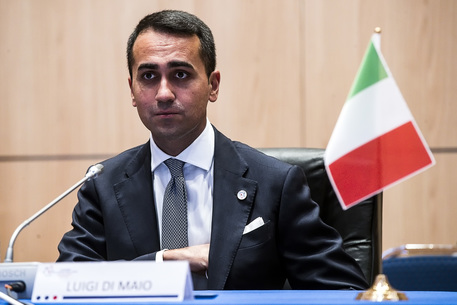 (ANSA) - ROME, OCT 27 - Calling someone gay to offend them is not acceptable in today's society, Foreign Minister Luigi Di Maio said Wednesday after revealing he had falsely been accused of being homosexual while presenting his autobiography to tabloid magazine Chi.
"I was struck by the fact that they thought they would defame me by calling me homosexual, in any case I am straight," Di Maio, former leader of the anti-establishment 5-Star Movement (M5S), told Chi.
"The idea of trying to denigrate me in this way is the child of a cultural model that is unacceptable in 2021," he said.
Di Maio's autobiography, A Love Called Politics, came out last week.
He has been criticised for writing it at the age of just 35.
On Tuesday Di Maio told La7 TV that it was also unfair to denigrate him fro having had "humble" jobs like a snack and drink vendor at Naples' San Paolo soccer stadium (now Diego Armando Maradona Stadium). (ANSA).