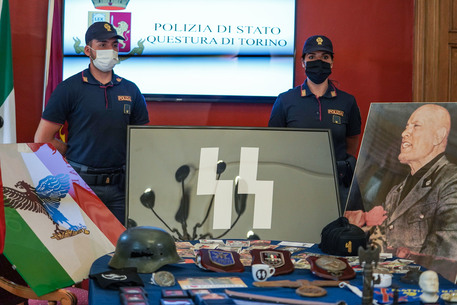 (ANSA) - ROME, SEP 16 - Turin investigators said Thursday that they have put four people under investigation for allegedly spreading racist, anti-Semitic and Neo-Nazi content on social media and via messaging chats.
The four suspects, all resident in the province of Turin, are accused of instigation to commit crimes for reasons of racial, ethnic or religious discrimination.
Police seized objects including Nazi-Fascist medals, flags, photos and posters, and weapons, including a machete, from the suspects. (ANSA).