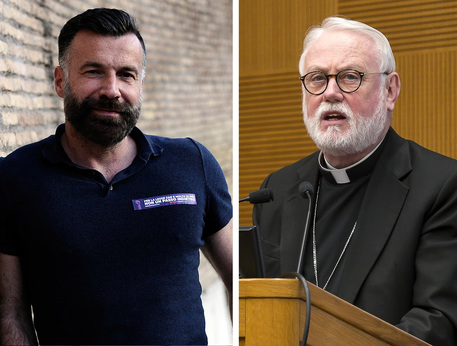 (ANSA) - ROME, JUN 23 - A homophobia bill currently in the Italian parliament goes against Church freedom, according to a note sent from the Vatican Secretariat of State to the Italian embassy at the Holy See last Thursday, a copy of which has been obtained by ANSA.
"The Secretariat of State", the note said, "notes that some content of the (bill), particularly in the part establishing the criminalization of discriminatory conduct for motives based on sex, gender, sexual orientation, and gender identity, would have the effect of negatively impacting the freedoms assured to the Catholic Church and its faithful by the current Concordat regime".
The bill, named the 'Zan bill' after its promoter and LGBT activist Alessandro Zan of the centre-left Democratic Party (PD), has been accused by conservatives of curbing the freedom of expression, a charge the PD denies. (ANSA).