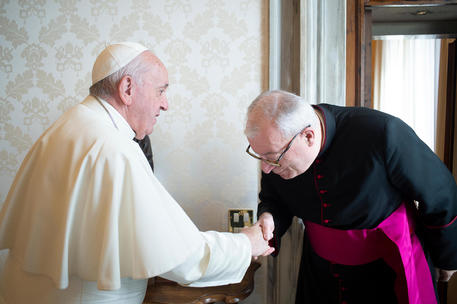 (ANSA) - VATICAN CITY, JUN 10 - Pope Francis on Thursday declined the resignation of Germany's top cardinal, Munich archbishop Reinhard Marx, who last week proferred his resignation saying more responsibility should be taken for clerical sex abuse.
Francis rejected Marx's resignation "with fraternal affection", the Vatican said.
Marx offered to resign saying he wanted to take personal responsibility for the sex abuse scandals that have rocked the German Church, according to a letter dated May 21 made public by his office last Friday, the DPA news agency reported.
In the letter, Marx said he Church had come to a "dead point".
Marx said "the heart of the matter is to assume co-responsibility for the catastrophe of sexual abuse committed by Church officials in the past decades." He said investigations into past crimes had highlighted "many personal failures and administrative errors, but also institutional and systemic failures".
Vatican inspectors are expected to report on abuse in the Munich archbishopric by the end of the summer.
The global Catholic Church has been roiled by clerical sex abuse over the past few decades.
Francis has repeatedly vowed a zero tolerance policy on abuse and cover-ups, but some victims of predator priests say he has not gone far enough.
Last week the pope promulgated a reform of Vatican penal law making lay members liable to prosecution for abuse too.
Cardinal Marx told a press conference Friday: "It's not OK that I should be personally happy that no fault has been laid on me, (the point is) institutional responsibility". (ANSA).