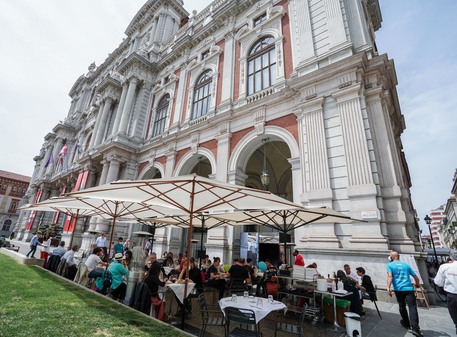 By Alessandra Briganti (ANSA) - BRUSSELS, JUN 3 - There is a piece missing from the complex puzzle of the recovery from the economic earthquake caused by COVID-19, according to a study by the EU ESPON programme, which is specialized in regional policies.
That piece regards metropolitan cities, the driving force of the EU's economic and social development, which have, up to now, been on the side-lines of the National Recovery and Resilience Plans (NRRP) that will change the face of Europe.
This is a 'must-win' match and it is one which urban agglomerations, where at least 70% of European GDP is produced, want to have a say in, the study highlights.
"It is a real institutional emergency," Piera Petruzzi, the coordinator of the METRO project that is part of the ESPON programme and researched the phenomenon of metropolitan cities in Europe, explained to ANSA.
According to Petruzzi it is necessary "to anchor NRRPs to the urban dimension" to make "more efficient and effective management of resources" possible.
The problem is anything but new, the researchers explained, and it stems mainly from the absence of a univocal definition of a metropolitan city at European level, and of clear ways to channel funds.
So, during the pandemic, metropolitan cities were badly hit by the socio-economic and health crisis but found themselves lacking the instruments and funds to handle and cope with this emergency. During the planning phase of the NRRPs, States, which were under no obligation to involve local authorities in the process, moved in a random way.
Italy is mentioned among the good examples in the study, since, as the researchers wrote, big cities "participated indirectly in the planning process by providing, through flagship projects, a significant contribution for metropolitan areas".
For example, Turin, which participated with Florence in the ESPON METRO project, has proposed a "relatively large number of projects on green transition, digital public administration, cohesion, sustainability, inclusion, mobility".
And yet things did not work out this way everywhere and now metropolitan cities would like to institutionalize their involvement during the crucial phase of the realization of the NRRP, as the European Metropolitan Authorities, a platform that brings together more than 40 big European cities, has also already requested.
Urban agglomerations are "in the best position when it comes to setting out strategies and integrated projects to accomplish the green and digital transition", explained Claudia Fassero, who is responsible for Turin's EU projects.
"Better impact and spending capacity, knowledge of the territory and, above all, inclusion of the most peripheral municipalities, which would otherwise be excluded from the transition, make metropolitan cities a potential driver of change, and a guarantee that no one will be left behind", concluded Fassero.
(ANSA).