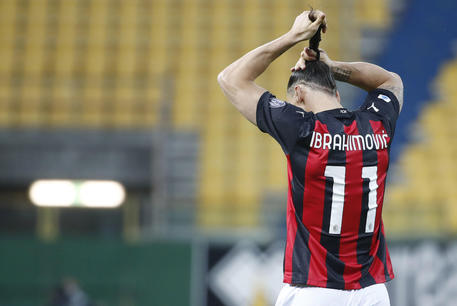 (ANSA) - MILAN, APR 22 - Zlatan Ibrahimovic is set to renew his contract with AC Milan this evening, extending it for another season until June 30, 2022, sources close to the deal said Thursday.
The Sweden great, 39, will get around seven million euros including bonuses, they said.
Despite a couple of injury absences Ibra has scored 15 goals this season, putting him 10 behind leader Cristiano Ronaldo in the goalscorers' standings.
Seven-time European champs Milan are second in Serie A, 10 points behind leaders Inter Milan.
The former Ajax, Juventus, Inter, Man Utd, Barcelona and PSG player helped Milan to their 18th and latest scudetto in 2011, during his first spell at the club from 2010 to 2012. (ANSA).