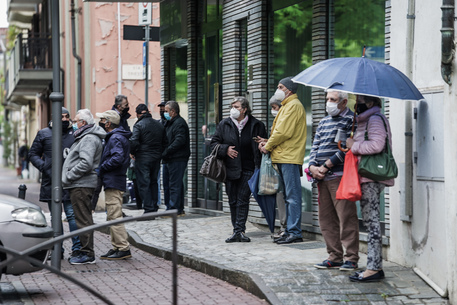 (ANSA) - FLORENCE, APR 12 - A 22-year-old woman has been thrown out of her home near Florence after telling her parents she was in a relationship with another woman.
The woman, Malika, was thrown out of the house at Castlefiorentino late last week.
She has received support from popstars Fedez, Mahmood and Elodie, the latter of whom has contributed directly into a crowdfunding effort to help her out.
After he case was reported by Le Iene TV show last Thursday, the campaign on the GoFundMe platform has now reached over 27,000 euros, sources said Monday.
It is helping pay for Malika's psychological care and for the legal costs of her female cousin, who launched the campaign and who is now suing Malika's parents.
"Malika's story is sadly not an isolated case," said GoFundMe European chief Elisa Liberatori Finocchiaro, voicing the hope that a bill against homophobic violence now before parliament would be swftly passed despite opposition from rightwing parties. (ANSA).