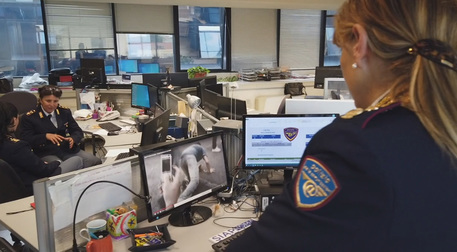 (ANSA) - FLORENCE, APR 12 - Florentine postal police have arrested two persons and placed another 22 under investigation in a probe into online child pornography, judicial sources said Monday.
The men arrested are a 45-year-old from the province of Pistoia, who is a repeat offender, police said, and a 47-year-old from the province of Florence.
They are accused of possessing huge quantities of pornographic material produced using people under the age of 18.
Some 16 people have been placed under investigation in Tuscany alone.
But the probe spans 17 provinces in nine Italian regions, police said.
The child porn was distributed on chats of the instant messaging app Kik, police said.
The probe was opened after a report from Canadian police, conveyed via Europol.
The 24 users are all accused of using and spreading child pornography on the Internet. (ANSA).