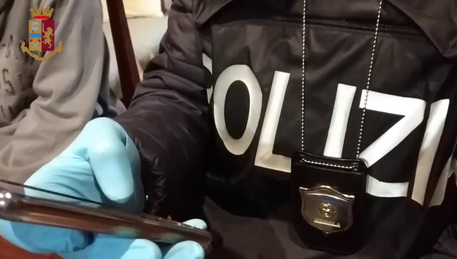 (ANSA) - ROME, MAR 18 - A 28-year-old Tunisian named Nairi Nasir who was living illegally in Italy was charged with apologism and instigation to commit a crime aimed at terrorism and repatriated to Tunisia.
The expulsion came following a detailed investigation by Italian police and Carabinieri that revealed the man had confided to other Tunisians on numerous occasions that he wanted to carry out attacks in Italy in the name of jihad, also instigating other foreigners to carry out acts of terrorism.
The investigation began last October when, at the end of a religious function at a mosque in Turin, Nasir approached the imam and praised the terrorist act of the attacker in Paris who decapitated professor Samuel Paty, and criticised the preacher for having stigmatised the criminal act.
When he tested positive for Covid, the man also threatened to cut the throats of health workers at the reception centre in which he was receiving treatment.
Admitted to the Stay Centre for Repatriation (CPR), investigators said he immediately showed a particular inclination for violence, affirming in front of police officers that he wanted to "blow himself up" and wanted to go fight in jihad "either here or in Syria".
The man is also charged with having instigated some Tunisians to revolt and having participated in damaging some housing units, after which he was arrested and sentenced to two months and 20 days in jail. (ANSA).