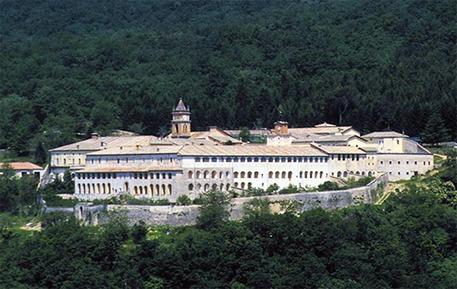 (ANSA) - ROME, MAR 15 - Lazio Governor Nicola Zingaretti on Monday hailed an Italian court's move to eject former Trump aide Steve Bannon's would-be nationalists' think tank from an abbey south of Rome.
The Council of State, Italy's highest administrative court, upheld a regional motion to evict Bannon's Dignitatis Humanae Institute from the medieval Trisulti Abbey near Frosinone.
"Out with Steve Bannon and the nationalists from the charterhouse," said Zingaretti, former leader of the centre-left Democratic Party.
He said "we will work with (Culture) Minister (Dario) Franceschini to restore to citizens this marvelous place, which we want to turn into one of the symbols of the Italian renaissance".
Leftwing Italian Left (SI) leader Nicola Fratoianni said "the Council of State has decided, and the followers of Bannon must leave the splendid abbey of Trisulti, which won't become the school of homegrown nationalists, who will at most be able to go to some Trump resort". (ANSA).