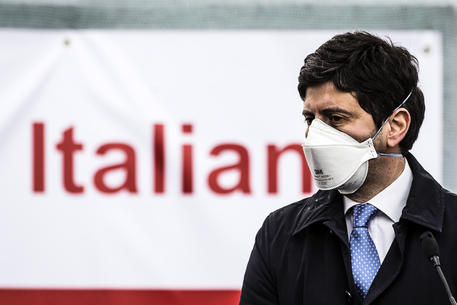 (ANSA) - ROME, MAR 9 - The Russian Sputnik COVID-19 vaccine is to be made in Italy, the first European Union country to do so, the Italo-Russian Chamber of Commerce announced Tuesday.
"An agreement has been signed by the Russian government fund and the ADIENNE Pharma&Biotech company for the production of the Sputnik V vaccine in Italy," it said.
It said the managing director of the Russian Direct Investment Fund (RDIF), Kirill Dmitriev, had confirmed an accord had been reached with ADIENNE Pharma&Biotech "sealing the first European contract for the local production of the vaccine".
Sputnik production in Italy will start in July, it said.
The chamber of commerce said Sputnik's "innovative production process" would help create new jobs and enable Italy to control the whole process of production.
This will enable the production of some 10 million doses in Italy by the end of the year, it said.
The accord had been reached by talks between Italian and Russian firms helped by the Italian embassy in Russia, the chamber said.
Chamber Chairman Vincenzo Trani said "Italian firms are strategic, they have unique capacity and competencies on the European scene and are able to face the market with flexibility and speed".
He said the accord was "historic".
Trani said it showed "the healthy state of relations between our two countries and underscores how Italian companies know how to see beyond political polemics".
Sputnik V is a COVID-19 vaccine developed by the Gamaleya Research Institute of Epidemiology and Microbiology.
A recent published in The Lancet indicated 91.6% efficacy without unusual side effects.
Emergency mass-distribution of the vaccine began in December 2020 in multiple countries including Russia, Argentina, Belarus, Hungary, Serbia and the United Arab Emirates.
As of March 2021, forty-five countries have granted Sputnik V emergency use authorization, while over a billion doses of the vaccine were ordered for immediate distribution globally.
(ANSA).