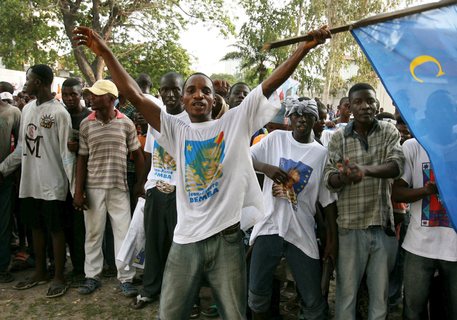 (ANSA) - ROME, FEB 22 - Italy's ambassador to the Democratic Republic of Congo, Luca Attanasio, and a Carabiniere were killed in an attack on their convoy at Goma in the African country on Monday, well-informed sources told ANSA.
Attanasio died in hospital of gunshot wounds, a high-ranking diplomat told AFP in Kinshasa.
The envoy's car was part of a MONUSCO UN peacekeeping mission convoy including the EU's delegation chief, sources said.
The attack was an attempted robbery, rangers at Virunga National Park told various media outlets including The Jerusalem Post.
The attack took place at around 10 o'clock local (09:00 Italian time), near the town of Kanyamahoro.
Several armed groups operate in the area of the Virunga Mountains, between Congo, Rwanda and Uganda, and often target the rangers in the park, which is famous for its mountain gorillas.
The Italian foreign ministry confirmed the killings of Attanasio and the Carabiniere with "deep grief".
Foreign Minister Luigi Di Maio voiced "immense grief" after learning of what happened while he was at an EU foreign ministers' meeting in Brussels.
He will now voice Italy's grief at the foreign ministers council meeting.
The United Nations Organization Stabilization Mission in the Democratic Republic of the Congo or MONUSCO, an acronym based on its French name, is a United Nations peacekeeping force in the Democratic Republic of the Congo (DRC) which was established by the United Nations Security Council to monitor the peace process of the Second Congo War, though much of its focus subsequently turned to the Ituri conflict, the Kivu conflict and the Dongo conflict.
The area has been racked by armed conflict for years. (ANSA).