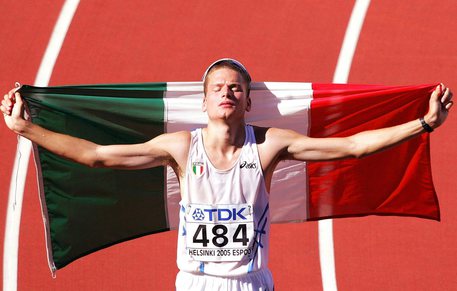 (ANSA) - ROME, FEB 19 - The World Anti-Doping Agency said Friday it was horrified by an Italian court ruling clearing walker Alex Schwazer of doping, saying it had been defamed by the court's findings the athlete's urine samples had been deliberately tampered with.
Investigating Judge Walter Pelino in the northern town of Bolzano ruled for a dismissal of the case against the 2008 Olympic 50km walking champion from Italy "for not having committed the crime".
Pelino wrote that he believed "with a high degree of credibility that the urine samples taken from Alex Schwazer on January 1, 2016 had been altered to obtain a positive result (in order to) obtain the disqualification and discredit the athlete".
"Wada is appalled by the multiple reckless and groundless allegations made by the judge against the organisation and other parties to the case," the Montreal-based body said in a statement on Twitter.
Schwazer, 36, was suspended for eight years just before the 2016 Olympics, for testing positive for anabolic steroids, but has claimed he was the victim of foul play.
The court said the international athletics federation (IAAF) and the world anti-doping agency (WADA) had been "opaque" in the longrunning case, which forced Schwazer to retire from the 2016 Olympics. The court was highly critical of the two organisations.
Schwazer has admitted a previous doping case, in 2012, which forced him to pull out of that year's Olympics.
He is still serving his eight-year ban due to the second case.
The court instructed a prosecutor to investigate on possible charges of "false statements, trial fraud and defamation".
Schwazer said: "I'm very happy that after four and a half years the day has finally come when justice has been done.
"I probably won't be able to forget everything, but today makes up for many battles I have had to face with those close to me in these four and a half years, which have not been easy at all".
(ANSA).