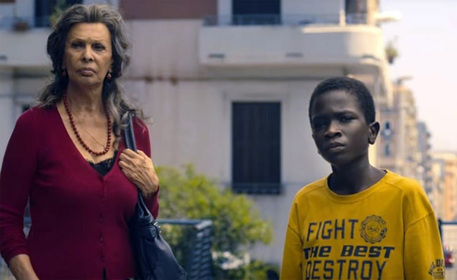 (ANSA) - ROME, FEB 15 - Screen diva Sophia Loren has got the L.A. Italia Legend Award for her extraordinary career and philanthropic work most recently demonstrated by her new film 'La vita davanti a sé' (The Life Ahead), the jury of the Los Angeles, Italia - Film, Fashion and Art Festival 2021 said Sunday.
The jury was headed by Italo-American actor Armand Assante, an Emmy Award winner for Gotti.
Loren, 86, has won critical acclaim for her portrayal of a former prostitute who forms a bond with a young black migrant in The Life Ahead, directed by her son Edoardo Ponti.
"Never as this year does Donna Sophia deserve the plaudits of the cinema world and we hope the SAcademy recognises her extraordinary performance with an Oscar nomination," said Naples-born Assante, who worked with Loren in the 1980 TV movie Her Own Story.
This year's 16th edition of the "L.A. Italia Festival runs from April 18 to 24, leading into Oscar night on April 25.
Two-time Oscar winner Loren is "on the crest of the wave again with her new film", organisers said.
The Los Angeles Italia Film Festival or Los Angeles-Italia Film Fashion and Art Fest is an Italian film festival held in Grauman's Chinese Theatre, Hollywood, California.
The festival honors the best of Italian and Italian-American culture every year through premieres, performances and exhibitions, during the pre-Oscar week.
All of its events are open to the public free of charge.
It is sponsored by the Italian Culture Ministry and Intesa San Paolo Bank.
This year the festival will be inaugurated by The Life Ahead.
(ANSA).