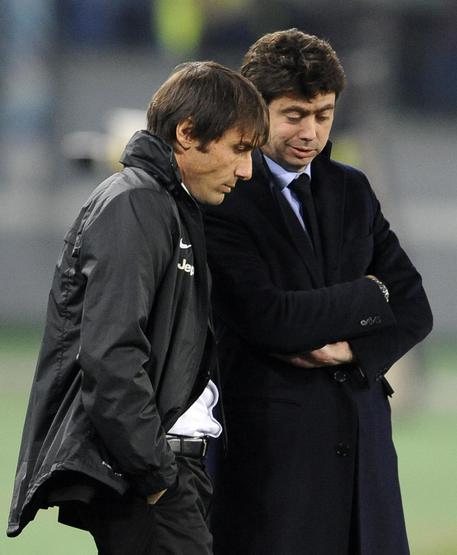 (ANSA) - ROME, FEB 11 - Italian Soccer Federation (FIGC) sporting prosecutors have opened an investigation into a row between Inter coach Antonio Conte and Juventus President Andrea Agnelli during Tuesday's Italian Cup semi-final second leg in Turin, sources said Thursday.
The fourth official, Daniele Chiffi, has been summoned by the prosecutors, the sources said.
TV footage shows Conte giving the finger to the Juve contingent at the end of the first half of the match.
At the end of the game Agnelli appears to call Conte a "dick" before the reported bust-up between the two.
Conte said the Juventus side directed insults at him throughout the first half and the fourth official must have heard them.
The ordinary disciplinary report on the match, which was released on Thursday, did not mention the row.
Agnelli and Conte used to be friends.
Conte led Juventus to three Serie A titles between 2012 and 2014, stating a run of success hat has not stopped since.
Tuesday's match ended 0-0, which meant Juve reached the final after winning the first leg 2-1. (ANSA).