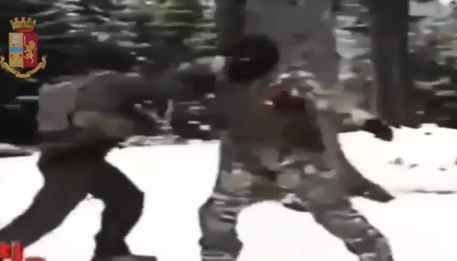 (ANSA) - ROME, JAN 20 - A 24-year Italian man who allegedly fought with Al-Qaeda-linked terrorist groups in Syria and Iraq was recently arrested by the Turkish authorities, sources said on Wednesday.
The man moved to the Middle East in 2014 and an international arrest warrant was put out for him in 2017.
He was arrested after being tracked down in the Syrian city of Idlib thanks to cooperation between the Turkish and Italian authorities.
Once tracked down, he asked to hand himself in to the Italian authorities.
As a result he was transferred to the Turkish province of Hatay, where he was handed over to the Italian authorities.
He is already in jail in Italy.
The man's Turkish wife and three children have stayed in Turkey, the sources said. (ANSA).