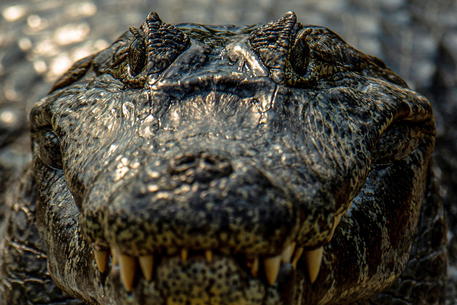 (ANSA) - MILAN, JAN 14 - Fossil traces of new kinds of large prehistoric reptiles similar to crocodiles have been found in the Italian Alps.
The traces were found at an altitude of 2,200 metres in the western Alps by a team that published its findings in the Peer J journal.
Found in the Altopiano della Gardetta in the province of Cuneo, they date from a few million years after the greatest mass destruction of dinosaurs in history, the geologists and palaeontologists said.
They said the findings show that the area was not totally inhospitable to life, as hitherto believed.
The research team came from the Trento Science Museum (MUSE), Zurich University's Palaeontology Museum, and the universities of Turin, Rome Sapienza and Genoa.
MUSE fossil expert Fabio Massimo Petti told ANSA the team had found "exceptionally well-preserved fossilized remains of front and rear claws about 30 cm in length".
The find enabled the team to reconstruct the body of the crocodile-like creature, which he said was "at least four metres long".
Petti said the animal had probably been crawling along an ancient coast line near a river delta.
He said that it had previously been believed that the zone was inhospitable and that the animals that survived the mass extinction at the end of the Permian Period had migrated to other latitudes.
"The new traces now give the lie to this theory," said Petti.
(ANSA).