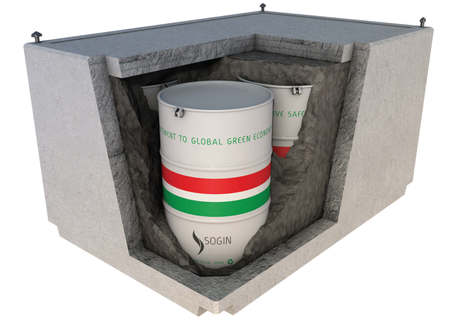 (ANSA) - ROME, JAN 5 - A row has erupted in Italy after seven regions were named as having 67 potential sites to take nuclear waste.
The industry and environment ministries gave decommissioning company SOGIN the go ahead to draft the national map of areas potentially suitable for the waste.
The regions involved are Piedmont, Tuscany, Lazio, Puglia, Basilicata, Sardinia and Sicily.
All seven have announced legal action against the move.
The centre-right opposition was also up in arms.
Nationalist League leader Matteo Salvini, the leader of the opposition, called the government "incompetent".
His partner, the smaller nationalist Brothers of Italy (FdI) party, said "it is folly to publish the SOGIN map in the midst of a COVID crisis". (ANSA).