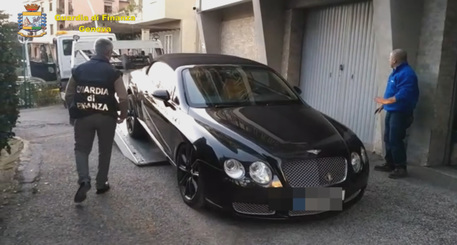 (ANSA) - TRENTO, OCT 15 - Italian police on Thursday arrested 19 people accused of belonging to the Calabria-based 'Ndrangheta mafia and operating in the far-northern city of Trento near the Austrian border.
Police said the operation showed that 'Ndrangheta, which has long expanded from its southern Italian base, had also put down roots in Trento.
The operation was carried out in tandem with another one in Reggio Calabria in which a leading clan, the Serraino cosca, was busted.
In the latter op, a former city councillor in Reggio Calabria and ex-police officer, Seby Vecchio, was arrested on charges of helping the Mob.
'Ndrangheta is Italy's richest and most powerful mafia.
It has outstripped Sicily's Cosa Nostra thanks to its control of the European cocaine trade.
All its activities have been estimated to be worth the equivalent of at least three per cent of Italian GDP.
According to a 2013 "Threat Assessment on Italian Organised Crime" by Europol and the Guardia di Finanza, 'Ndrangheta income was around $55 billion in 2008.
Its tentacles have spread from its southern Italian base to central and northern Italy, northern Europe, North and South America and Australia, among other areas.
Its influence is especially strong in the affluent northern Italian regions of Lombardy, Piedmont and Emilia-Romagna, but it has also spread to Lazio and Rome.
Italy's third major mafia is the Camorra, based in and around Naples. (ANSA).