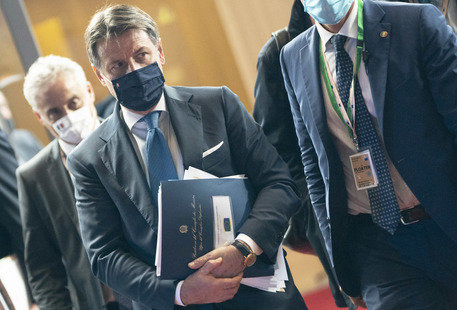 (ANSA) - BRUSSELS, OCT 2 - Premier Giuseppe Conte told a press conference after an EU summit Friday that extending Italy's COID emrgency until the end of January was not an abuse of the government's emergency powers.
Conte also said the government would weigh whether to extend making facemasks compulsory outdoors from Lazio to the whole of the country.
The premier also said a campaign to promote the use of the Immuni track and trace app would start up.
He said EU leaders were concerned about the renewed rise in COVID cases in many countries.
But he stressed "we have taken precautions that will enable us to cope with this phase".
Conte said the government would consult with parliament over extending the emergency until January 31.
On possible delays to the EU's vast Recovery Fund, of which Italy is set to get the biggest chunk, Conte said "no one should call not question the political will" to bring the fund on stream on schedule, but delays were possible.
However, he said that "I will not allow such delays to happen".
Conte also said there was solidarity with Greece and Cyprus but dialogue with Turkey must continue. (ANSA).