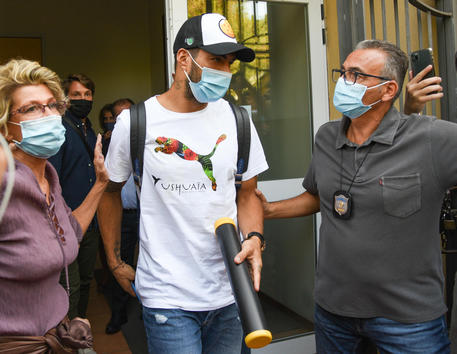 (ANSA) - ROME, SEP 22 - Prosecutors in Perugia are investigating allegations that the Italian language exam Uruguay and Barcelona forward Luis Suarez took in the central Italian city last week was fixed.
Suarez did the exam at Perugia's University for Foreigners in order to obtain Italian citizenship.
Finance police on Tuesday seized documents at the university in relation to the probe.
The subjects addressed in the test were allegedly agreed beforehand and the player's marks were allegedly given before the exam was taken.
The university said the procedures followed in relation to Suarez's exam were characterised by "correctness and transparency".
It said it was "confident that this will clearly emerge following the checks that are taking place".
The university's rector, its general manager and the head of its language-testing centre are among several people under investigation, sources said. The player himself is not being probed, nor are any members of his entourage, the sources said.
Suarez has fallen out of favour at Barca and has reportedly agreed terms to move to Juventus.
But the Turin giants reportedly need him to apply for an Italian passport so he can be classified as an EU player.
His wife is an Italian national. (ANSA).