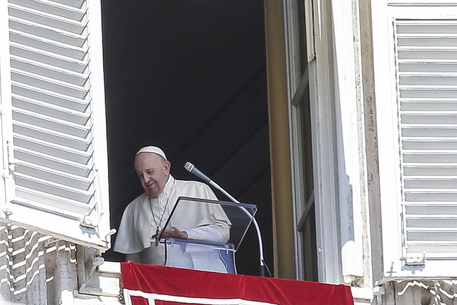 (ANSA) - VATICAN CITY, SEP 7 - Pope Francis on Monday accepted the resignation of a US bishop accused of abusing a boy when he was a priest in the early 1980s.
Msgr Michael Mulloy had been named bishop-elect of Duluth, Minnesota, on June 19 this year.
The diocese of Duluth said that after the appointment the diocese of Rapid City had been "notified of a charge against Father Mulloy of sexually abusing a minor in the early 1980s." Mulloy, 66, was appointed to lead the Minnesota diocese on June 19, and his consecration and installation as bishop were scheduled to take place Oct. 1, the Catholic News Service reported Monday.
According to a statement from the Diocese of Rapid City, where Mulloy had been administrator since August 2019, the diocese on Aug. 7 "received notification of an allegation against Father Mulloy of sexual abuse of a minor in the early 1980s." Mulloy received a summary of the allegation against him and subsequently submitted his resignation as the bishop-elect of Duluth.
Mulloy had been vicar general and vicar for clergy in the Diocese of Rapid City since 2017.
His appointment as bishop of Duluth almost three months ago followed the unexpected death of Bishop Paul Sirba on Dec. 1, 2019, at the age of 59, the Catholic News Service said. (ANSA).