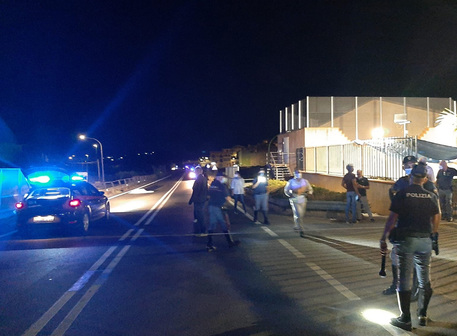 (ANSA) - AGRIGENTO, SEP 4 - A 20-year-old Eritrean migrant was run down and killed after he fled a migrant centre near Agrigento Friday.
The unnamed migrant escaped from the Villa Sikania reception centre at Siculiana.
He had been there since August 1.
Three police who were trying to stop him were also hit and injured by the same car.
Two of them suffered traumas and bruises.
The third sustained a "nasty fracture", police said, and will need surgery.
Interior Minister Luciana Lamorgese said the migrant's death was a "tragedy that must not be allowed to happen again".
Several migrants escaped from a couple of Sicilian migrant reception centres this past week.
They were caught. (ANSA).