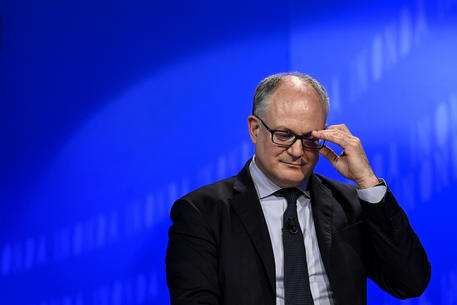 (ANSA) - ROME, JUN 30 - There is tension between the two biggest parties supporting Premier Giuseppe Conte's government, the 5-Star Movement (M5S) and the Democratic Party (PD), over whether Italy should apply for funding from the European Stability Mechanism in the wake of the coronavirus emergency.
The PD is in favour of taking up the option to obtain dozens of billions of euros from the bailout fund at zero interest.
But the M5S is against this, fearful that use of the fund could come with strings attached, even though the EU says there will not be any as long as the money is used for health spending.
Economy Minister Roberto Gualtieri, a PD member, has been trying to mediate.
"We can examine all the pro and cons with the M5S experts when the time is right," he said.
In an interview with Tuesday's edition of La Stampa, meanwhile, Foreign Minister and M5S heavyweight Luigi Di Maio called for a "profound fiscal reform starting from (income tax) IRPEF".
Di Maio also said that any reform would not affect the 'citizenship wage basic income that was one of the M5S's key manifesto pledges.
On the use of the ESM, the head of the CIGL trade union, Italy's biggest and most leftwing, Maurizio Landini, said "we cannot squander this unrepeatable opportunity." He said "it is also an opportunity to change Europe".
But one of the M5S's representatives on the Lower House finance committee, Giovanni Currò , said his party's opposition to using the bailout mechanism did not stem from "stubborn ideological positions" but from "serious economic arguments".
Currò said "those who say the ESM is an adequate instrument, able to boost our country's economy, cannot be more wrong.
"The ESM is an inefficient, anachronistic and potentially damaging tool".
The centre-right opposition is also against using the ESM for fear it would put Italian taxpayers' savings at risk, according to the leader of the largest opposition force, Matteo Salvini of the nationalist and formerly regionalist League party.
On Tuesday he urged the government to put the ESM issue to a debate in parliament "and we will see how parliament, which is sovereign, decides". (ANSA).