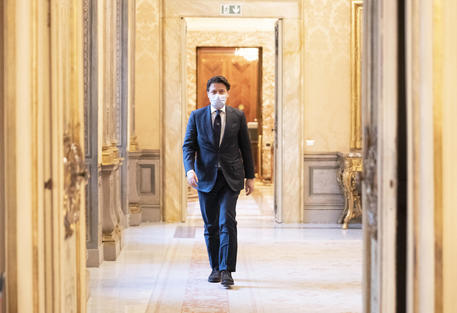 (ANSA) - Rome, May 12 - Regularising migrant farm workers thwarts gangmasters, Premier Giuseppe Conte said Tuesday.
The government reached a deal Sunday night to regularise such seasonal workers, as well as migrant home helps and carers, for six months on an application from their employer and with a record of past employment, but the anti-establishment 5-Star Movement (M5S) scotched the accord Monday, saying it amounted to an unacceptable amnesty. Conte said regularising the workers who pick most of Italy's summer crops "combats black labour and protects our health in the (coronavirus) emergency", according to a statement from the premier's office.
The statement noted that the centre-right opposition, which is also against such regularisation, had regularised migrant workers in the past itself. But M5S leader Vito Crimi said his party was still against he regularisation plan, describing it as an amnesty and saying that "those who have exploited people and drugged the markets by using low-cost black labour and not paying contributions and taxes cannot get off scot free".