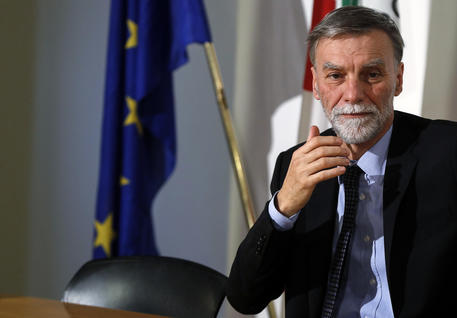 (ANSA) - Rome, April 15 - The ruling anti-establishment 5-Star Movement (M5S) and its main partner, the centre-left Democratic Party (PD), on Wednesday clashed over using the European Stability Mechanism bailout fund to help recover from the coronavirus crisis.
M5S interim leader Vito Crimi insisted that the ESM "cannot be used" after PD heavyweight Graziano Delrio said that "it was a success to get from the EU the possible use of the ESM without strings attached".
Foreign Minister and former M5S leader Luigi Di Maio said "the majority should work as a team on the ESM", saying "we'll only be free if we are united".
Nationalist opposition League party leader Matteo Salvini reiterated his opposition to using the ESM, which he has likened to "going to the loan shark".
His partner, rightwing Brothers of Italy (FdI) leader Giorgia Meloni, has said that "using the ESM as the sole instrument is a noose around our necks".
After negotiating the no-strings-attached recourse to the ESM up to 2% of GDP but initially only for the health emergency, Premier Giuseppe Conte has said he will not use it.