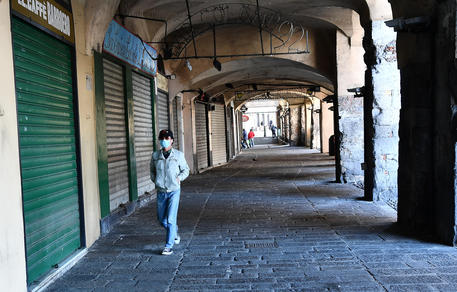 (ANSA) - Rome, April 1 - The social security and pensions agency INPS said Wednesday it is receiving 100 applications a second for a 600-euro coronavirus benefit for the self-employed.
INPS chief Pasquale Tridico said "this is something never seen before on the INPS systems, which are holding up, although logjams are inevitable with these numbers".
He said there was no hurry and "applications can be made during the whole period of the crisis".
The INPS system became inaccessible later Wednesday and Premier Giuseppe Conte told the opposition it had been hacked.
Tridico said "we have suspended the site after the hacker attacks and we have informed the authorities."

"We'll reopen the site with a different timetable," he added.
Andrea Orlando of the ruling centre-left Democratic Party (PD) called for the parliamentary intelligence service oversight body COPASIR to be briefed on the attack on INPS, and on Rome's infectious-disease Spallanzani Hospital.