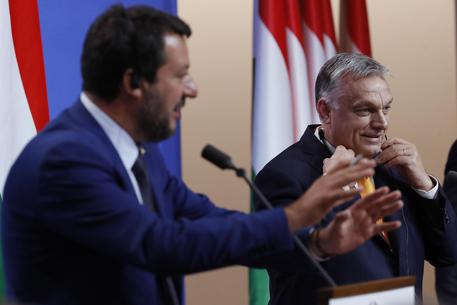 (ANSA) - Rome, March 30 - Nationalist opposition League leader Matteo Salvini said, amid criticism of Hungarian Prime Minister Viktor Orban getting full powers Monday, that it had been a democratic choice by the Hungarian parliament.
"Special powers for Orban to fight the virus? I greet with respect the free choice of the Hungarian parliament (137 votes in favour and 53 against), democratically elected by the citizens. Good work to my friend Victor (sic) Orban and good luck to all the people of Hungary in these difficult moments for all".
The ruling centre-left Democratic Party (PD) was among those condemning Orban's apparent power grab saying that he was undermining the foundations of democracy and saying the EU should act. With his new powers, Orban can rule by decree, close parliament, change or suspend existing laws and block elections.