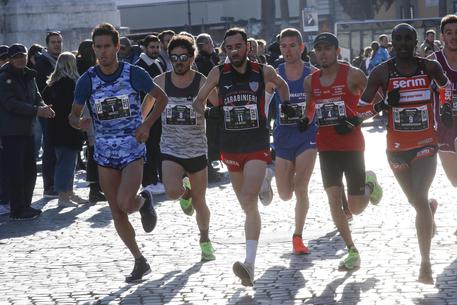 (ANSA) - Rome, March 5 - The March 29 Rome marathon has been cancelled due to the coronavirus, organisers said Thursday.
"This is the message that we would never have wished to write but sadly, as a consequence of the ongoing health emergency and according to what is laid down in the cabinet decree of March 4, 2020, the #ACEARunRomeTheMarathon on March 29 has been cancelled," they said. A number of sporting events have been affected by the virus emergency.
Serie A soccer matches will be played behind closed doors until further notice.
And the Italy-England rugby test match has been postponed, British media reported Thursday although this has not been confirmed.
The match was supposed to be a chance for Italy legend Sergio Parisse to say farewell to the fans in a one-off appearance after his retirement following the World Cup.