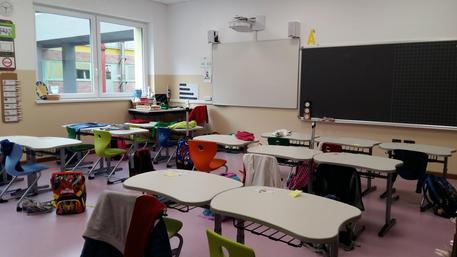 (ANSA) - Rome, March 4 -  The government has decided to close all of Italy's schools and universities until the middle of March because of the coronavirus, sources said Wednesday.
Schools are already closed in the northern regions worst hit by the emergency, Lombardy, Veneto and Emilia-Romagna, as well as in Piedmont and Friuli Venezia Giulia and in the province of Savona, in Liguria, and Pesaro-Urbino, in Marche. The decision looks set to be announced officially shortly.
Education Minister Lucia Azzolina said the final decision has not been made yet, saying it would "arrive in the next few hours" after a meeting of experts.
Sports Minister Vincenzo Spadafora, meanwhile said Wednesday that the government was likely to order that professional soccer matches and other big sporting events be played behind closed doors because of the coronavirus emergency.
Opposition nationalist League party leader Matteo Salvini said on the government's decision to close schools that "it is urgent to earmark economic aid for the parents who are working and, with closed schools, have problems with children at home".