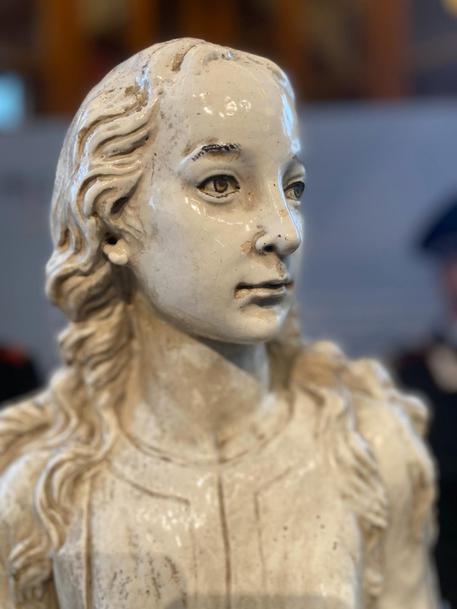 (ANSA) - Berlin, February 21 - Culture Minister Dario Franceschini on Friday gave back to Germany a statue of Mary Magdalene by Renaissance great Andrea della Robbia which had been mistakenly taken from a German Jewish family after it was found in Herman Goering's collection.
In the presence of German Culture Undersecretary Monika Gruetters, Franceschini stressed the importance of returning a work that had ended up in Italy "by mistake" and had "unwittingly" stayed there for so long.
Andrea della Robbia (1435-1525) was an Italian Renaissance sculptor, especially in ceramics.
Born in Florence, Andrea was the son of Marco della Robbia, whose brother Luca della Robbia popularized the use of glazed terra-cotta for sculpture.
Andrea became Luca's pupil, and was the most important artist of ceramic glaze of the times.