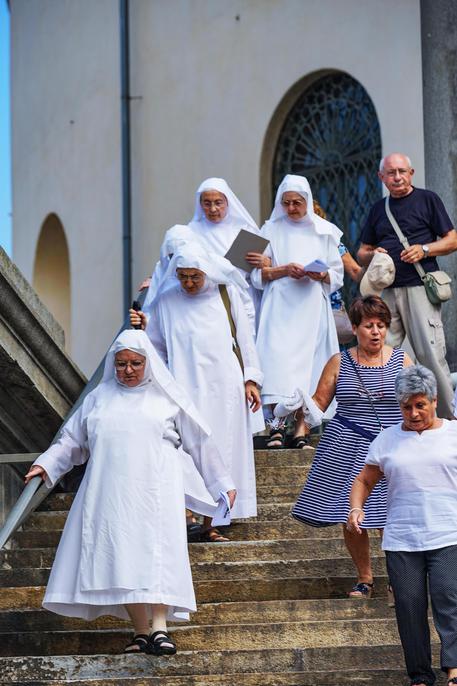 (ANSA) - Vatican City, January 23 - The Vatican is probing sex abuse among nuns, the head of the Vatican department responsible for monks and nuns told the Vatican press organ's women's monthly insert.
"The Vatican is investigating cases of abuse by religious (men) against nuns but also cases of abuse among nuns", said Cardinal Joao Braz de Aviz, prefect of the Congregation for Institutes of Consecrated Life and Societies, which is carrying out the probes.
The Brazilian cardinal was speaking in an interview with Donne Chiesa Mondo (Women, the Church and the World), the monthly insert for women of Vatican daily L'Osservatore Romano.
Bras de Aviz said one case involved a nun who was training another one.
He said that in one congregation, nine cases had been reported.
"This is a thus-far hidden phenomenon which must come out," said the cardinal, one of the Vatican's top officials.
The Vatican has endured a long series of sexual abuse scandals involving predator paedophile priests in all parts of the world.
Cases of sexual abuse by priests or monks of nuns have so far been relatively rare.
Proven nun-on-nun sex abuse has been even more rarely reported.