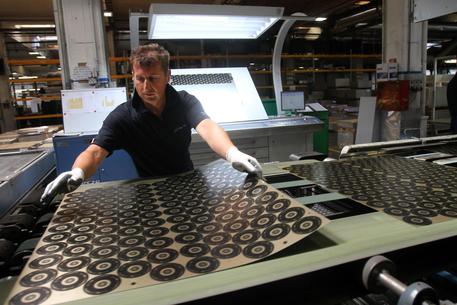 (ANSA) - Rome, January 9 - ISTAT said Thursday that 59.4% of the working-age population were in employment in November, up 0.1 of a percentage point on October and the highest level since the start of the statistical series in 1977.
The national statistics agency said the number of people in employment in Italy was 23.486 million.
Similarly, the proportion of the Italian population considered to be off the labour market because they are neither in work nor looking for a job dropped to 34% in November, a fall of 0.2 of a percentage point on October and the lowest level since 1977 in this case too, ISTAT said.
It said the number of 'inactive' people of working age, 15 to 64, dropped by 72,000, taking it down to 13.55 million. Italy's unemployment rate was 9.7% in November, the same as the previous month, ISTAT said.
The jobless rate remained steady despite an increase on the number of people looking for work of 12,000 with respect to October. However, Italy's unemployment rate for 15-to-24-year-olds who are actively on the labour market rose to 28.6% in November, up 0.4 of a percentage point with respect to October, ISTAT said.