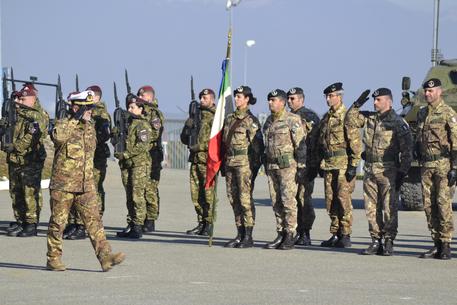 (ANSA) - Rome, January 7 - The defence ministry said Tuesday that "no hypothesis of a withdrawal of Italian military personnel in Iraq" was being considered. La Stampa reported on Monday that Italian soldiers who were stationed at the American 'Union 3' base in Baghdad moved out overnight. The compound has come under mortar fire after last week's US attack near Baghdad airport in which Iranian general Qassam Soleimani was killed. Around 50 Carabinieri officers engaged in training Iraqi security forces were stationed at the base.
Italian defence officials decided to withdrawn them in agreement with NATO chiefs, according to the report.