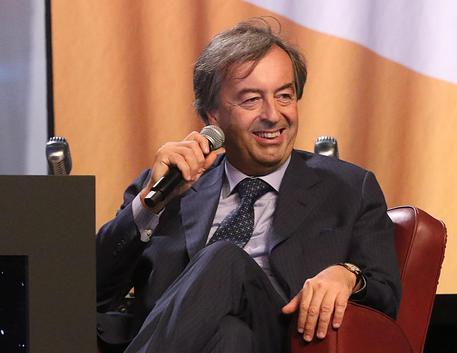 (ANSA) - Milan, January 3 - The Science journal has hailed Italian scientist Roberto Burioni for his long battle against anti-vaxxers or vaccine sceptics.
It said Burioni, an academic, researcher and virologist at Milan's San Raffaele Hospital, was a welcome voice "in a country where the government has sometimes promoted dubious medical practices", referring to former positions espoused by the ruling anti-establishment 5-Star Movement (M5S).
A long article went back over the cases that led to Burioni becoming a star on Italian social networks and other media.
"Burioni has become the staunch defender of scientific evidence on vaccines and other health issues, as well as a rigorous critic of pseudoscience," Science said.
Stressing the media success of the virologist, underscored by the growing number of followers on social networks and the sales of his books, which are now bestsellers, the long article said "a voice like Burioni's, an expert who does not see the need to moderate his words or tolerate idiots, was clearly what many Italians were waiting for".