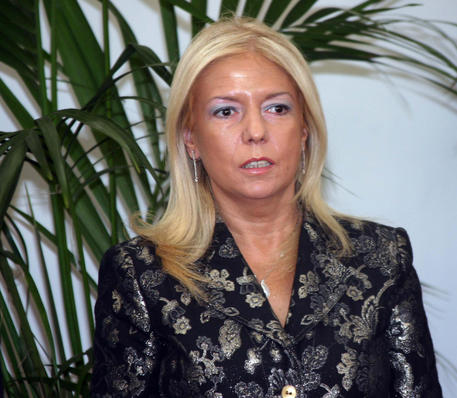 (ANSA) - Cosenza, January 2 - Cosenza Prefect Paola Galeone was arrested Thursday in a graft probe.
Galeone, 58, was placed under house arrest in her home in Taranto in Puglia, across the country from her post in the northern Calabrian city.
She is accused of taking a bribe of 700 euros from a local businesswoman.
Police said she had not been charged with corruption but of "inducing someone to give or promise assets".
The businesswoman reportedly reported the case to the police, the Gazzetta del Sud newspaper reported on New Year's Eve.
Police reportedly filmed the alleged bribe being handed over.
Galeone has been Cosenza prefect since July 23 2018.
She had previously been prefect in Benevento, another southern city.
Galeone was hired by the interior ministry's civil service in 1987 and assigned to the prefecture in Taranto, another southern city, where she carried out various jobs.
Cozenza has a population of about 250,000.
It is the capital of the Province of Cosenza.
The ancient town is the seat of the Cosentian Academy, one of the oldest academies of philosophical and literary studies in Italy and Europe.
To this day, the city remains a cultural hub, with museums, theatres, libraries, and the University of Calabria.