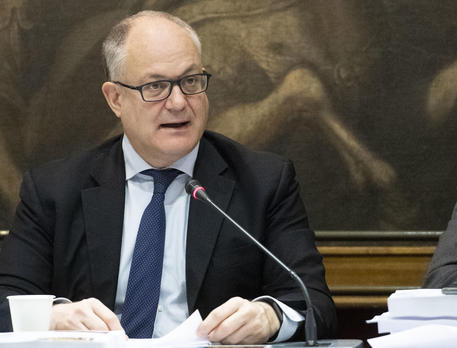 (ANSA) - Rome, December 24 - The State's taking up a stake in crisis-hit businesses like airline Alitalia, the ex-ILVA steel group and the failed Popolare di Bari bank should no longer be a "taboo", Economy Minister Roberto Gualtieri said in a newspaper interview Tuesday.
"The State and the market can co-exist with the express purpose of making the market work better," he told La Repubblica.
Gualtieri recalled that the formula of a mixed public and private ownership "showed its benefits" in the many partial privatisations of State companies that Italy has seen over the last couple of decades.
"The most important Italian multinationals are still today companies with a public stakeholding," he said.
The State is set to take up a stake in chronically lossmaking airline Alitalia, along with Delta Airlines and other interested parties.
It is also set to invest in the former ILVA steel group and its sprawling and highly polluting Taranto plant after Framco-Indian group ArcleorMittal tried to get out of a contract to take it over.
The State will also play its part in the rescue of Banca Popolare di Bari.