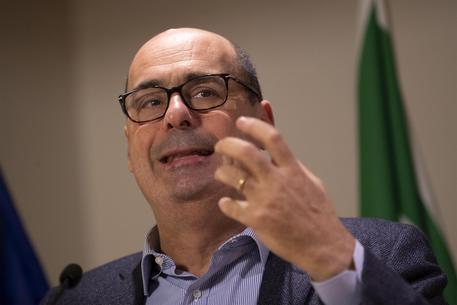 (ANSA) - Rome, December 4 - The leader of the center-left Democratic Party (PD), Lazio Governor Nicola Zingaretti, on Wednesday slammed the "indecent" political campaign against the suspended PD mayor of a northern town at the center of a child-abuse case, after the Cassation Court on Tuesday released him from mandatory residence in Bibbiano.
"The indecent campaign against PD and the mayor of Bibbiano can't be forgotten", Zingaretti wrote on Facebook.
"But there is also another question: Who will apologize to (Bibbiano Mayor) Andrea Carletti and to the people who have been unjustly pilloried?", he continued.
"Justice is following its course and it has all our support.
"To those who used a judicial case to organize a political campaign I once again say: Shame on you", the PD leader concluded.
Italy's supreme Cassation Court on Tuesday revoked a mandatory residence order against Carletti, who is under investigation in a probe into alleged malpractice by social workers in fostering cases in the Emilia-Romagna town. Carletti was ordered not to leave his town of residence by a court in Bologna in September that released him from house arrest.
Carletti is one of 28 people under investigation and faces charges of abuse of office and false statements. Social workers are alleged to have coached and coerced kids into saying their parents were abusing them so that they could be entrusted to 'friendly' families for a profit, according to investigators. The case has frequently hit the headlines in recent months and sparked political rows, notably between PD and the right-wing opposition League party and with the anti-establishment 5-Star Movement (M5S).
M5S and PD formed an alliance for a new government under Premier Giuseppe Conte after League leader Matteo Salvini pulled the plug on the first Conte executive in August.