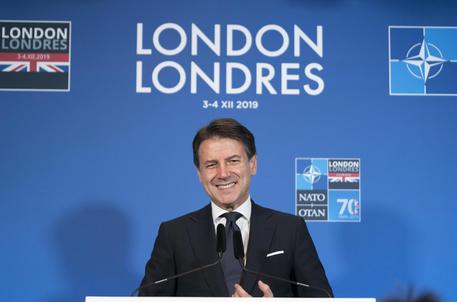 (ANSA) - London, December 4 - Premier Giuseppe Conte on Wednesday ruled out vetoing the reform of the European Stability Mechanism (ESM) at an upcoming EU summit, and also ruled out the government splitting on the issue.
"I don't see either the first or the second risk," he said in answering a question on the two possible scenarios.
"When the ESM is signed the political chiefs of the individual countries will decide, there are times and ways that we will decide after that".
Eurogroup President Mario Centeno said Wednesday "we can see no reason to change the text" of a reform to the European Stability Mechanism bailout fund. He said the new treaty on the ESM will be signed "at the beginning of next year". After agreement in the Eurogroup and at a mid-December EU summit, sources said, it will take a couple of months to translate the text into the various languages needed. The ESM reform is the subject of intense debate in Italy with the opposition accusing the government of "betraying Italians" and the ruling 5-Star Movement (M5S) clashing with partner the Democratic Party (PD) and Premier Giuseppe Conte on the issue.
One of the most controversial issues is whether debt restructuring will be automatic under the reform. Opposition League leader Matteo Salvini says the reform will mean Italian taxpayers paying for German banks. The German far-right Alternative for Germany says that it will mean German taxpayers bailout out Italian banks. Centeno said "the debate is ongoing, today we will take another important step and then we will weigh the need for debate that are present in our countries".