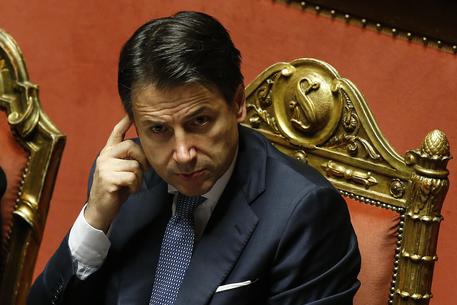 (ANSA) - Rome, December 2 - The Italian television program Le Iene announced on its website Monday that it had proof Prime Minister Giuseppe Conte had not told the truth about his relationship with law professor Guido Alpa.
The program on the Italia 1 channel said it had "several previously unseen and sensational documents that show that Giuseppe Conte, as concerns a university competition and his relations with professor and mentor Guido Alpa, did not tell the whole truth".
It said this would be the focus of its Tuesday show.
The show will "disprove all the versions given thus far by the prime minster on this issue". In late 2018, the centre-left opposition Democratic Party (PD) had filed an urgent question in the Senate saying the competition in which Premier Giuseppe Conte became a university lecturer in 2002 "could be tainted by grave incompatibility".
The PD Senate caucus said Alpa was in the commission that judged Conte even though "Alpa was described as a partner in the CV Conte sent to parliament." Conte later claimed in a letter to a national newspaper that "Professor Alpa is not, properly speaking, my 'mentor' and contrary to what has been reported I and Professor Alpa have never had an associated professional studio, nor have we ever constituted an association between professionals".
Conte said he and Alpa used a secretary's office also serving other professional studios, "as often happens in the professional world".
Conte responded at the launch of ANSA's photobook Monday evening by saying "there was no conflict of interest, this is an old story".