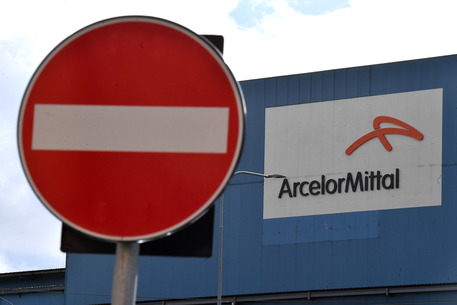 (ANSA) - Rome, November 19 - Finance police on Tuesday raided the officers in Italy of ArcelorMittal and seized evidence in relation to probes into the steel giant's controversial bid to back out of a contract to take over the former ILVA group. The case has rocked Premier Giuseppe Conte's government and raised fears about the economic impact of the possible closure of the ex-ILVA group, including its troubled huge plant in the southern city of Taranto.
On Monday ArcelorMittal suspended the procedure to turn off the altoforno 2 furnace at the Taranto plant, pending a ruling in Milan about whether the French-Indian multinational's withdrawal plan is legal.
ArcelorMittal said it was cooperating with the investigations. The Milan probe is looking into alleged false communications to the market, asset stripping and failure to declare earnings.
A probe in Taranto is examining various aspects of the case, including issues regarding the acquisition of raw materials and the sale of end products.
Two Taranto managers were quizzed as to the treatment of stocks in the warehouse, judicial sources said.
The city council in Taranto said it would stand as civil plaintiff in the case. Conte on Friday vowed to stop ArcelorMittal's pullout, saying the company is breaching a contract. The multinational has cited the lifting of a penal shield against prosecution for a cleanup of the highly polluting works in the Puglia city as a reason for the pullout. The plant's emissions have been linked to years of higher than normal cancer rates in Taranto.
ArcelorMittal says that, if it were persuade to stay on, it would be seeking 5,000 job cuts in the group, which employs some 8,300 in Taranto and around 3,000 more in two other, smaller plants at Genoa and Novi Ligure.
The government has vowed to avert jobs cuts, especially in Taranto, where the steelworks is the Puglia city's biggest employer.
Union sources have said the planned job cuts would detonate a "social bomb" in Taranto, especially given the knock-on effects on ancillary industries and the supply chain.
Conte was said to be seeking to reintroduce the penal shield on Tuesday, as well as seeking possible help from Germany and a possible Chinese partner.
He is set to meet again with ArcelorMittal owners and executives on Friday.
Meanwhile Tuesday also saw the first job losses in the group, with three young temporary workers in the acquisitions office in Genoa getting their pink slips.