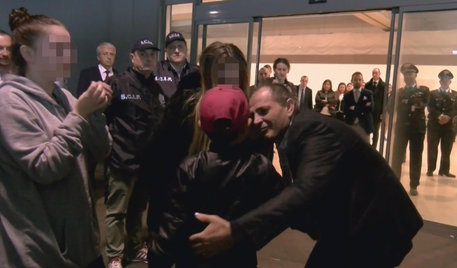 (ANSA) - Rome, November 7 - A boy who was taken to Syria in 2014 by his Islamist extremist mother returned to Italy on Friday after being tracked down by Italian police in a refugee camp in the war-torn country. The 11-year-old landed at Rome Fiumicino airport at 7am on a flight from Beirut. The mother, an Albanian national, left behind her husband and her two other children at the family home in Barzago, near Lecco, in December 2014 to join ISIS. She is thought to have died in an explosion. The boy, who was six at the time he was taken to Syria, was found at a camp in Al Hol by State and Carabinieri police officers.