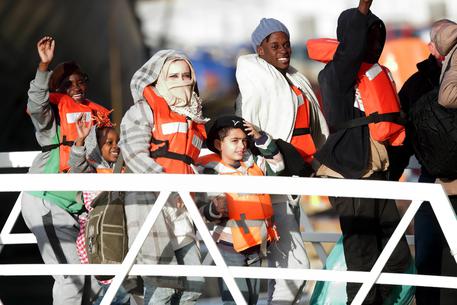 (ANSA) - Rome, October 31 - A deal between Italy and Libya to stem the flow of migrants from the north African country can be "improved", Premier Giuseppe Conte said Thursday.
"The memorandum with Libya is not to be thrown overboard but there are ample spaces to improve it," he said.
"Another element that induces re-negotiation is that there is a different situation now, there being a conflict there".
Foreign Minister Luigi Di Maio told the Lower House on Wednesday that it would be unwise for Italy to break off its agreement with Libya on handling asylum seekers and combatting human trafficking, despite human rights concerns.
The memorandum of understanding between the states is set to be automatically renewed at the weekend unless one of the parties opts out.
Di Maio told a question-time session that pulling out would cause a "political injury".
"The document can be amended but it is undeniable that it has reduced the number of arrivals and deaths at sea".
The agreement has been criticised by human rights groups who say it has led to migrants being taken back to face torture in Libya.
The memorandum of understanding with Libya, under which its coast guard pulls back migrants, was agreed three years ago, before fighting between the UN-recognised government and eastern strongman General Khalifar Haftar moved into full swing.
Now there is a full-blown conflict after Haftar's assault on the capital Tripoli and militias are once more in control of much of the coasts.
Italy has denied charges it negotiated with militia leaders or human traffickers.
Migrant streams were in full flow before the deal but dropped sharply under former interior minister Marco Minniti and his successor Matteo Salvini.
Anti-migrant League leader Salvini has claimed the flow has now doubled again since he left government in August.