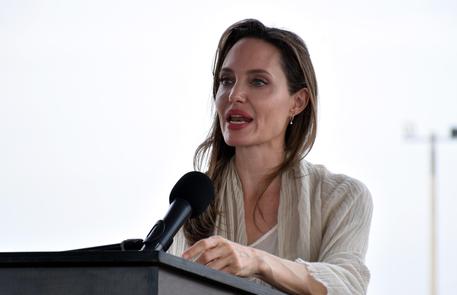 (ANSA) - Venice, September 6 - Angelina Jolie on Friday sent a message of support for the first film directed by a woman in Afghanistan, shown today at the Venice Film Festival.
'Hava, Maryam, Ayesha', about the lives of young Afghan woman, was directed by Sahraa Karimi.
Jolie said: "any film made in Afghanistan is a kind of miracle. At a time when the future of Afghanistan is in the balance, the film reminds us of how much is at stake for millions of Afghan women, who deserve freedom, independence and the safety to make their own choices". Karimi's work, an independent project realised by a largely female team, was shown Friday in the Orizzonti (Horizons) section of the 76th Venice film fest.